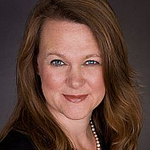 Representative Dudik is a dedicated NFWL State Director and an innovative leader in this organization. In keeping with the theme of “leadership” this month, we had the opportunity to learn more learn more about the catalyst for NEW Leadership™ Montana. The Center for American Women and Politics partners with the University of Montana for a program designed to mentor the next generation of women leaders.

I think a leader is somebody who knows themselves and what they stand for, and what’s important to them. They are willing to step up, and put themselves out there to be the leader, take the good and the bad that goes with it, and just be willing to push forward for the things they think are right. And they need to be doing it not just for themselves, but for other people too. When you’re a leader, it’s not about you. It’s about who you are leading and how you can help. You need to inspire others to work for a better future.

Tell us about this new leadership program in Montana? What is it about and what is your involvement?

It’s called NEW Leadership Montana, and it is a partnership between the University of Montana, the Center for American Women and Politics at Rutgers, and me as the Montana State Director for NFWL. It is part of a national network of leadership programs to train young women in colleges and universities to become more involved in politics, to run for office, and to be involved in policymaking. Maybe they don’t want to run for office, but they might want to be a lobbyist or involved another way.

NEW Leadership Montana is a program that will take 20-30 college-aged female students from college or universities and put them through a 1-week residential program in the summer time where they will hear from women leaders, stay in the dorms with women leaders, make connections with women who are in office or who deal in policymaking, and learn leadership skills so that, in the future they can do that also. We are not charging the students, because we do not want finances to stop somebody who is interested in doing this from attending. It allows them to be part of a lasting network of these programs throughout the United States. I think there are about 20-25 of them now, throughout the U.S.

I heard about the program and thought that Montana needed something like that. We, as females, represent 50% of the population, but only, at least in this state, about 30% of the legislature. So we need to get more women on the track, confident enough and in a position to run for office.

Sometimes women feel like they have to have all their ducks in a row or that they are not good enough yet to run for office. I think women just need to believe in themselves. They have to not listen to their own worst critic, who can be themselves. Don’t listen to what other people tell you that you can or can’t do. Just listen to yourself and your heart, and follow what you think is right. Be brave enough to do it and don’t wait for somebody else to give you permission.

When did you first realize you were a leader?

I first ran for office when I ran for Vice President of the Student Council when I was in high school. I ran with a guy who ran as President, because I did not think a woman could win as President. I was already aware of gender constraints at that point in time, which was unfortunate. Now I think I would run for president of my class too and encourage girls to do that, not settle just for vice-president. But we won. On a mountain by our school, there is, to this day, an “F” for “Frenchtown High School”.  We decided to make the “F,” which was white at the time, orange, because our school colors were orange, black, and white. So we put in our bylaws that it had to be painted orange every year. That happened for like a year. Then once we were gone it was changed back to white. Except, this last week, I was driving out to my parents’ house with my children and I saw the “F” on the mountain was orange again. It made me so happy, because I thought, “Yes! That is like my legacy there, when I first started. The F on the mountain is orange!” It was fun to see. Now I am doing things that have such a broader impact, but seeing that “F” on the mountain made me think about when I first decided I wanted to be a leader.

We want to get to know who you are. Each month, NFWL will help get to know one of our elected women in special features, through one-on-one interviews with our members, state directors, and board of directors. Contact Meghan at meghan@womenlegislators.org to find out more information.