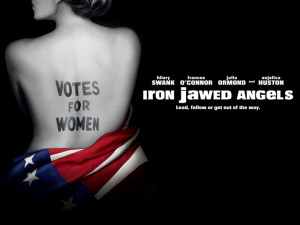 NFWL is proud to announce Oklahoma Governor Mary Fallin as this year’s March is the month of the year declared to highlight the contributions of women to events in history.

In honor of this special month, NFWL has partnered with the Alice Paul Institute to launch a Women’s History Month Movie Night Program!

Elected women across the country are hosting showings of “Iron Jawed Angels” to celebrate women’s history and the fight for suffrage.

Movie night hosts receive a program toolkit, complete with a DVD, facilitation guide, event flyers and discussion questions to use for their event.

Save the Date for the 2015 Annual Conference 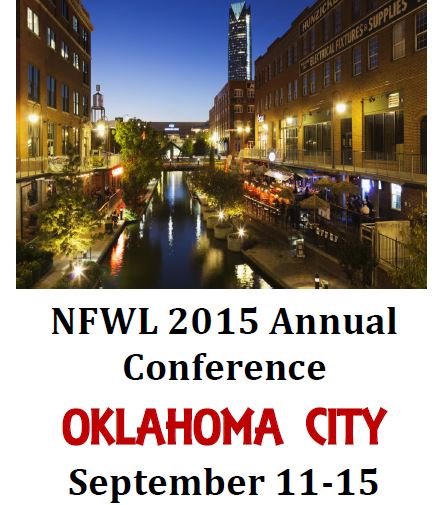 Registration for the 2015 NFWL Annual Conference is officially open!

Meet some of our 2015 Conference Co-Chairs:

“Dome Tours” are a great way to reach out to the elected women in your state to tell them about NFWL. State legislators organize a breakfast, lunch or evening reception in or near the state capital. NFWL Chair Senator Diane Allen attends to talk about the foundation and the benefits of participating in our events and programs. It’s informal and fun!

Last year, Senator Allen toured the country, meeting with the state and local elected women during “Dome Tour” stops in several states. For 2015, Senator Allen has set 10 “Dome Tours” as the goal to reach between now and the time our Annual Conference kicks off September 11-15! 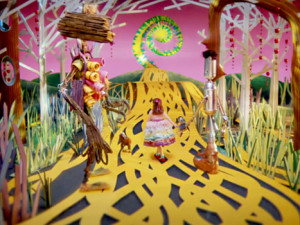 Comcast recently launched two new developments in efforts to make their products and services more accessible to all.

“Emily’s Oz”, is a story about a young girl named Emily, who has been blind since birth. She shares what she sees when she watches her favorite movie “The Wizard of Oz”. Her imagination became reality when Comcast brought to life her own ideas of what the characters and world in the movie looked like. Becoming a national campaign, this story sheds light on how people with disabilities enjoy entertainment. Click here to watch the video and learn more about the creation of Emily’s Oz.

But that’s not all. Comcast has also created a new feature on the X1 Platform, called the new “talking guide”. People with visual disabilities will now be able to navigate shows and movies more independently with this voice guidance technology that reads aloud program titles, network names, time slots and DVR and On Demand settings.

Tom Wlodkowski, VP for Accessibility at Comcast stated, “We want to create opportunities for people who love film and television, but who might not have the opportunity to experience it to its fullest. By bringing the talking guide to as many people as possible, we can help to bridge that gap and make entertainment just as compelling, captivating and fun for people with a visual disability as it is for anyone else.” Read more about the new “talking guide” Here.

The Surprising Statistics on Youth Tobacco Use

The youth smoking rate has declined dramatically over the past 23 years. According to the most recent National Youth Risk Behavior Survey (YRBS) conducted by the Centers for Disease Control and Prevention (CDC), smoking among high school students is down to 15.7 percent, the lowest it has been in since the inception of the survey in 1991. That number exceeds the U.S.’s national Healthy People 2020 objective of bringing the youth smoking rate down to 16 percent. This decline in teen smoking is due in large part to retailers checking IDs before selling cigarettes.

According to the Food and Drug Administration (FDA), retailers check IDs about 94 percent of the time. Because of this, adolescents who smoke turn to other sources to acquire tobacco. According to the CDC, 82 percent of youth who smoke get their cigarettes from social sources such as complicit adults, bumming from friends or stealing.

Because minors are getting cigarettes from social sources instead of retailers, excise taxes do not dissuade them from smoking. However, excise taxes are fueling the growing problem of illicit trade. Because of higher excise tax rates, criminals are going acrosscity and state lines to buy cigarettes where they are cheaper, and then they are illegally reselling them. These criminals are unlikely to check IDs to prevent youth purchase.

“All states need to have laws against possession by minors,” said Steve Curl, director of policy and advocacy at RAI Services Company, a subsidiary of Reynolds American Inc. (RAI). “A more effective way to discourage youth access to tobacco products from social sources is to impose harsher contributory delinquency laws and penalties that match those for alcohol.”

Curl, who is the head of RAI’s youth tobacco prevention initiatives, believes that stricter regulations on youth tobacco possession are needed, as well as more stringent penalties for complicit adults and prohibitions on the use and possession of all tobacco products on school grounds by students and staff members.

Women on the Map

SPARK (a group for girls ages 13-22) has partnered with Google to launch an addition to Google’s Field Trip app. This new addition became available on March 3rd and alerts you when you arrive at a place where a “woman made history”.

“It connects womens’ stories to specific landmarks, so that wherever you are in the world, you could get an alert on your phone saying ‘hey, did you know that a woman once did a really cool thing right nearby?” explains Dana Edell, SPARK Executive Director.

This “crowdsourced” project allows anyone to submit a 300 word story about a woman in history in order to put that woman On The Map.

“We didn’t want to start with women everyone had heard of,” Edell says. “We want the project to expand what it means to be part of history.”

Click here to read the full article about this new feature in TIME magazine.