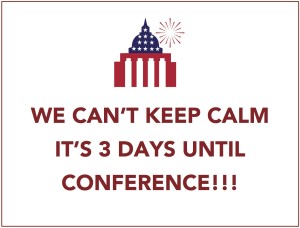 Women in the News
Justice for Juveniles

The law seeks to improve the prospect of rehabilitation for young people who are charged, convicted, or incarcerated.

“Young people in the criminal justice system deserve a second chance to improve their lives,” said Senator Pou. “With this law, we hope to break the cycle of crime and imprisonment by rehabilitating these individuals through needed services in detention centers.”

This victory came just a month away from the NFWL 2015 Annual Conference, where the US Justice Action Network and Fix Forfeiture will present on criminal justice reform and ATEST will present on the need to reform conditions for homeless youth.

All Around Trail Blazer

NFWL celebrates our Iowa State Director, Representative Linda Upmeyer, as she prepares to lead the Iowa House as the first ever female Speaker of the House in the state. It will also be the first time women hold the top position in both chambers of the Iowa State Legislature.

Her appointment was covered by Rod Boshart the Gazette Des Moines Bureau who noted, “She said being elected speaker is “very exciting” regardless of whether you’re male or female but she hoped her advancement would inspire young girls and women to consider public office.”

Being voted in as Speaker is not only a great accomplishment for the women of Iowa. It also carries special meaning to her family as she follows in her father’s footsteps, who was also Iowa Speaker of the House.

“Upmeyer said her father instilled in her an interest in public service and she expected one day she would run for office,” said Boshart.

2015 Annual Conference: Register for our 2015 Conference in Oklahoma City SEPTEMBER 11-15

RDRN is an online program that educates youth about the dangers of tobacco use, and equips them with good decision-making skills for a healthy lifestyle. In August, major enhancements were made to the website, creating a more user-friendly experience.

“Any teacher, parent, coach or youth leader can access this online program free of charge, and now we’ve made it both easier to navigate and more intuitive with our redesign of the website,” said Steve Curl, Director of Policy and Advocacy at RAI Services Company, working on behalf of Reynolds American Inc. (RAI) and its subsidiaries, including R.J. Reynolds.

RDRN was tested nationally and found to be successful on two key measures: Recent smoking levels decreased significantly in test schools, and anticipated tobacco use among middle school-aged students also decreased. In addition, students’ susceptibility to peer pressure and their perception of the popularity of tobacco-using peers showed significant declines versus control groups.

Recently, the Centers for Disease Control and Prevention (CDC) reported that the use of vapor products, or e-cigarettes, among middle and high school students tripled from 2013 to 2014. RAI and its subsidiaries believe no minor should use tobacco products, including vapor products. In 2014, RDRN updated its website with information on vapor products. The program now includes materials for parents and teachers, explaining what vapor products are and how to talk to children about the dangers of nicotine.

2015 Conference Updates
The Voices of Tomorrow

We are so excited to announce the winners of the NFWL/NRA Annual Bill of Rights Scholarship Essay Contest! With over 130 applicants this year, the judges had a difficult time in selecting winners among the wide breadth of talented and honor worthy young ladies.

This year, applicants were asked to write an essay on one of the five freedoms guaranteed in the first amendment and how it has helped or hindered gender equality.

The six winners will receive a $3,000 college scholarship, and an all-expense-paid trip to NFWL’s Annual Conference, where they will be presented their award and introduced by a sponsoring legislator from their state at the lunch program on Monday, Sept. 14th.

The 2015 Winners & their Legislator Sponsors are…

The Elected Women of Excellence award was established in 2013 as part of NFWL’s 75th Anniversary Celebration in order to honor the hard work and dedication of women leaders from across the country.

Join us for the final evening reception of our 2015 Annual Conference at the Petroleum Club as we honor our 2015 Elected Women of Excellence!

The winners were nominated by their colleagues and constituents from their home states and then chosen by a distinguished panel of NFWL members.

The 2015 Women of Excellence Honorees are…

“We are thrilled to acknowledge these women,” remarks NFWL Chair and New Jersey Senator, Diane Allen. “They showcase the strong leadership qualities, focused work ethic, and determination that we try to instill in young women across the nation, and deserve to be recognized for their tremendous efforts.”

The Changing Dynamics of Energy in America

Monday, Sept. 14, 8:15-10:15am
The United States is comprised of a variety of energy resources that fuel the nation’s economy. Supporting a balanced portfolio of energy choices will ensure grid reliability, improvements in energy efficiency and investment in advanced technologies.

This mix of energy resources creates constantly changing and evolving energy market dynamics and will allow the United States to meet electricity demand while maintaining low rates for consumers.

We all have to make decisions, at work, at home, as mothers, as fathers, as legislators. But when we don’t have to much time to make a critical decision, we might make the wrong one.

Leadership coach Lisa McLeod outlines how to make decisions under pressure instead of just reacting in one of her latest articles “Pre-decision Making: How to Make Better Decisions Under Stress”.

“The pre-decision,” Says McLeod, “gives you a tool for making decisions as your best self, so when the worst day happens, you’ve already decided how you want to react.”

Click here to more about what McLeod and her client call “pre-decision making” and how to employ it in your every day life.