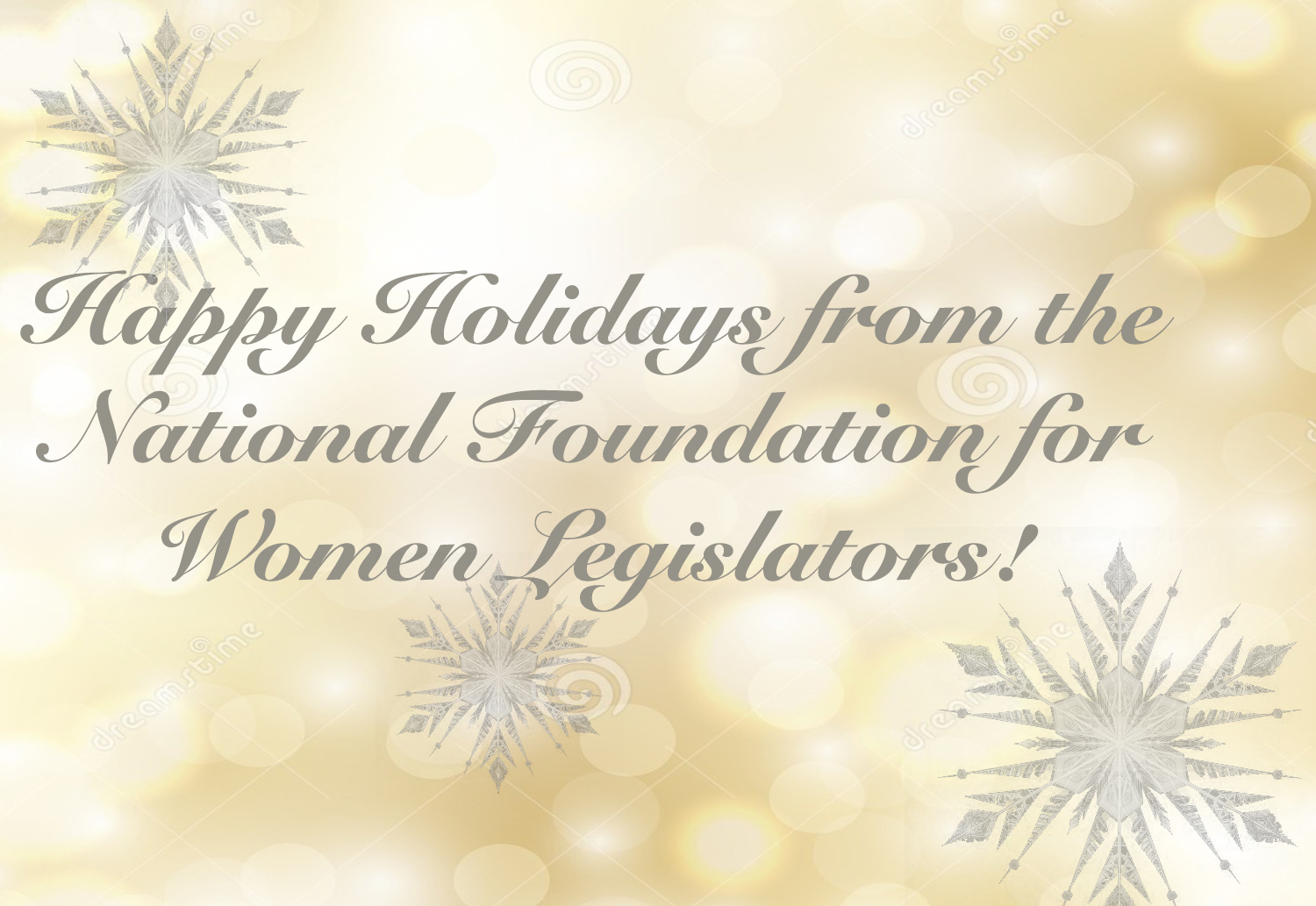 Women in the News
An Award for All of Us 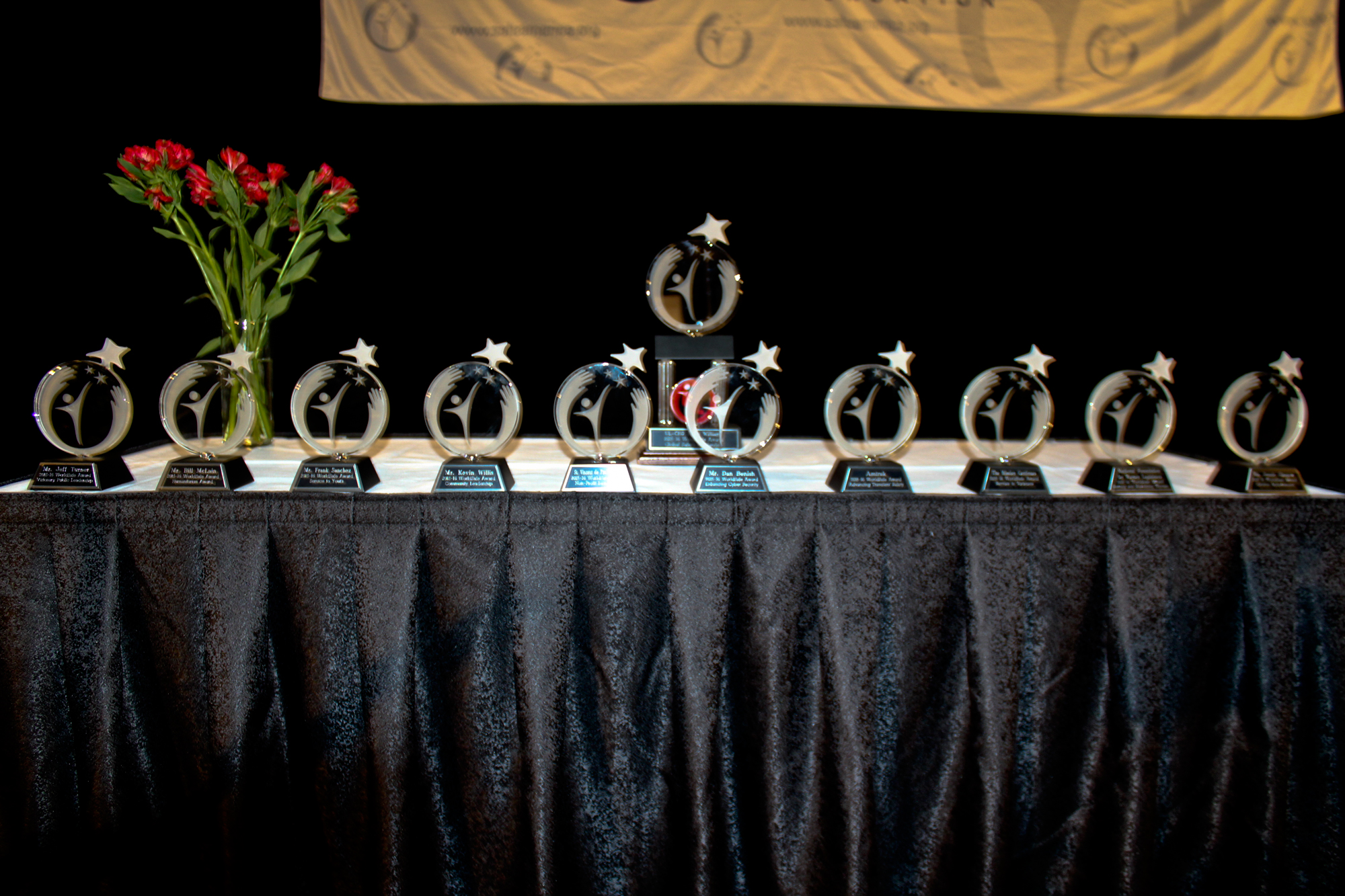 “Thanks to the NFWL and Senator Emmons, we are seeing a growing effort to fight the modern day slave trade that human trafficking represents,” said Safe America CEO Len Pagano, adding that NFWL is one of the only organizations attempting to bring this issue to light.

“The NFWL and Senator Emmons have provided a service to all women; and we are honored to recognize their heroic service to America– and the world,” said Pagano.

As honored to receive this award as we are, we know the true heroes are the elected women we exist to serve. Thank you.

A Call to Run in Delaware 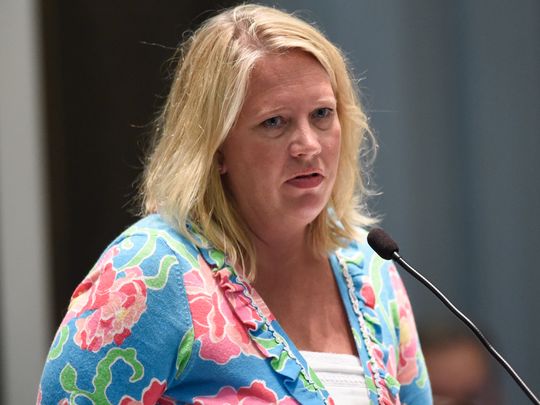 Incoming 2016 NFWL Chair, Delaware State Representative Helene Keeley, was recently interviewed for an article bringing to light the dwindling number of women in Delaware politics. There are currently 21 women in the General Assembly in DE, the lowest it’s been in 10 years.

Representative Keeley cites political apathy rather than a lack of recruiting or resources for women. She went on to recount the different struggles women face when deciding to run for office, and balancing that job with running a household or having a family.

“Every family is different, but at the end of the day, a female is still the mother, the wife and, in a lot of cases, still the person who takes care of the laundry, the groceries, the day-to-day operations of the house,” said Keeley. “To put another full-time job on top of that, which a lot of people do, is challenging.”

Debbie Walsh, director at the Center for American Women in Politics, an NFWL partner organization, noted that while men and women typically have similar success rates in elections, their reasons for running for office are different.

“When we asked men and women why they ran, women said they were interested in making change,” said Walsh. “Men talked about an interest in having a career in politics.”

Whether it’s family obligations, or an issue they feel passionate about, women certainly have a lot to consider when running for office.

Here’s to the women who’ve faced the challenges, taken on the incumbent, and broken down barriers in order to serve the public. 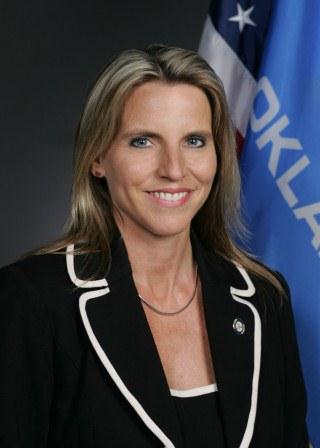 After a report released by the Oklahoma Office of Juvenile Justice & Delinquency Prevention (OJJDP) cited a 9% decrease in Oklahoma’s juvenile incarceration rate between 1997-2013, Senator Griffin came out saying that is not enough.

“That’s a significant improvement for our state, but that same study shows despite that change, we need to do a better job of getting youthful offenders on the right track, staying crime free, doing well in school and ultimately getting jobs,” said Sen. Griffin.

Did you know? NFWL recently ratified a resolution regarding the need to enact effective and cost-efficient corrections policies across the country. Click here to read the resolution or here for more information about Senator Griffin’s efforts.

Have you made headlines recently? Each month, we dedicate our “Women in the News” section to recognizing the accomplishments of our members.

Send relevant articles to meghan@womenlegislators.org so we can feature you in our next newsletter.

Ready to Grab: New Fiscal Policy Resources!
The National Foundation for Women Legislators is dedicated to empowering elected women from across the country and arming them with the tools they need to succeed. 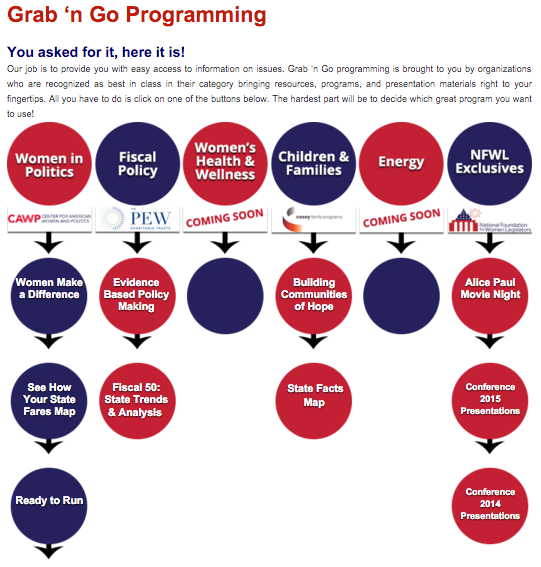 Policymakers at all levels of government have many difficult choices to make as rising health care, education, and infrastructure costs place pressures on annual budgets and outpace revenue growth.

Leadership Development
“Share if You Agree: 5 Tips for Netiquette”

We’ve all received it: the pesky spam email, the annoying social media posts telling you to share with five people by midnight, the junk mail with a million attachments sent to twenty other people. NFWL leadership consultant, Lisa McLeod, is back again, this time with five tips for maintaining proper internet etiquette.

Here are five tips to keep yourself for good Netiquette: 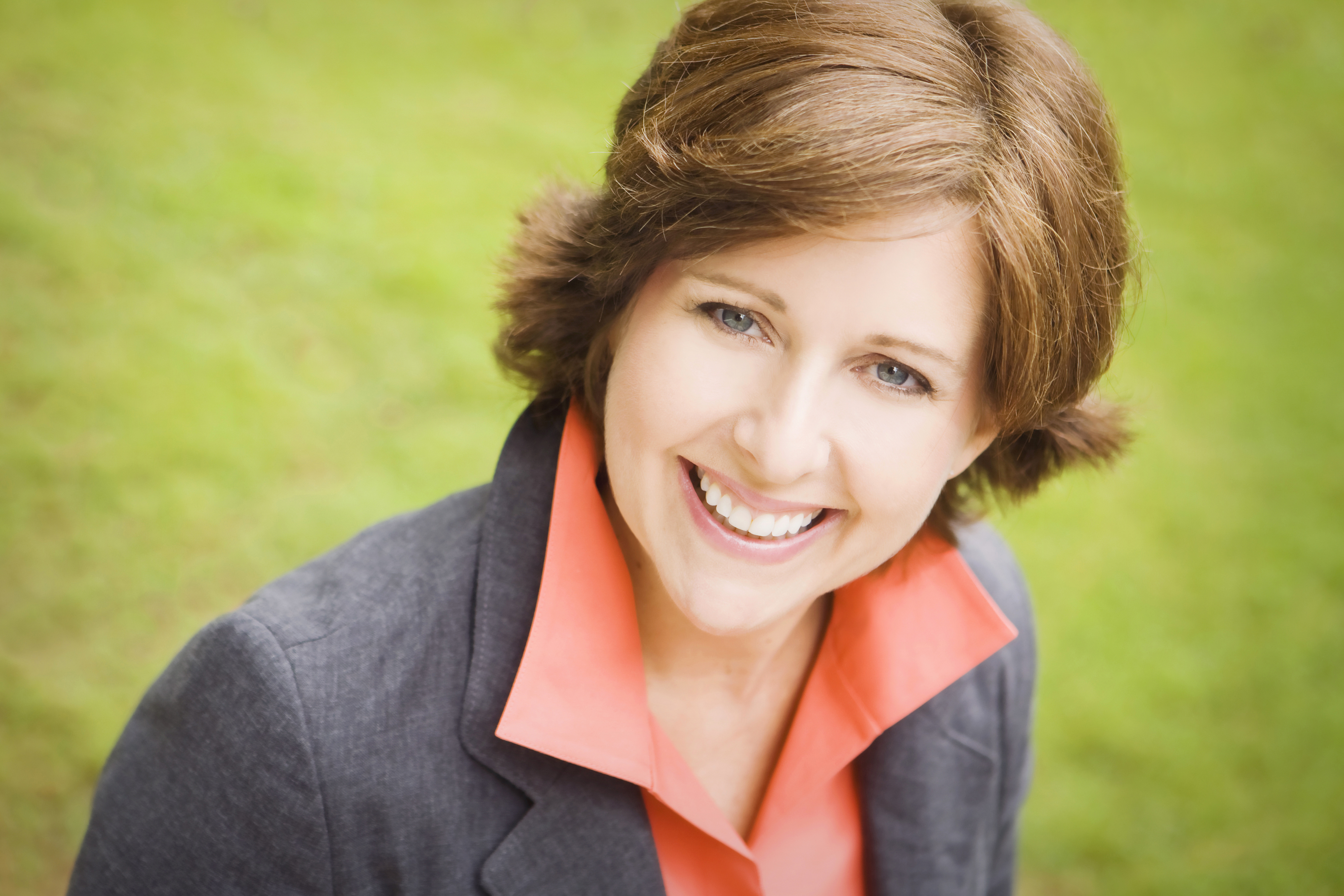 What’s Happening?
All Across the Nation

A big thank you to all 40 of our State Directors, who play a vital role in bringing the resources and programs NFWL offers to elected women in every state in the country! 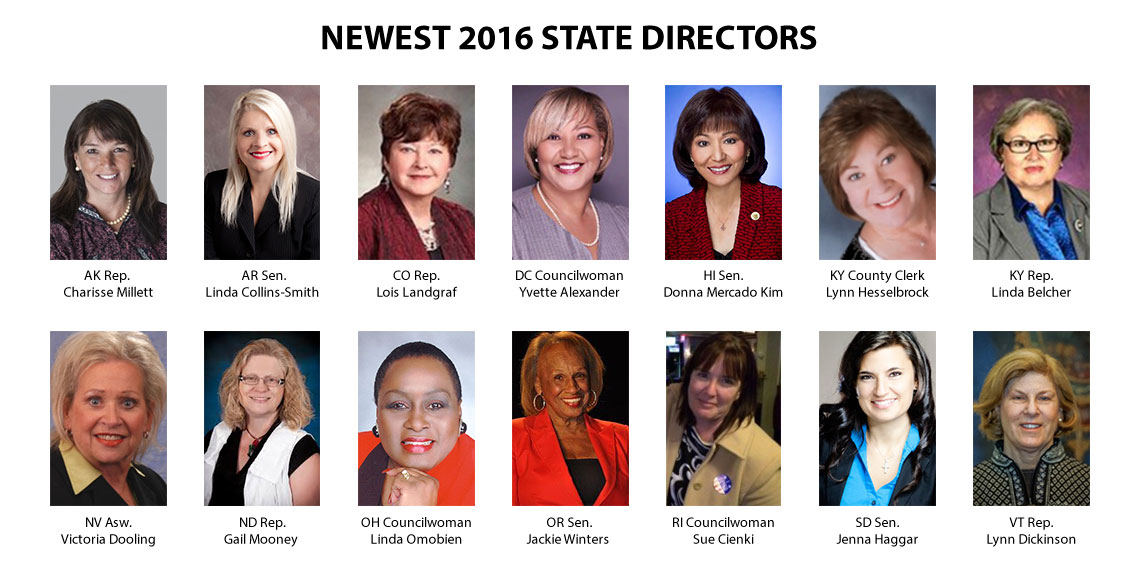 Thank you for your service, ladies! 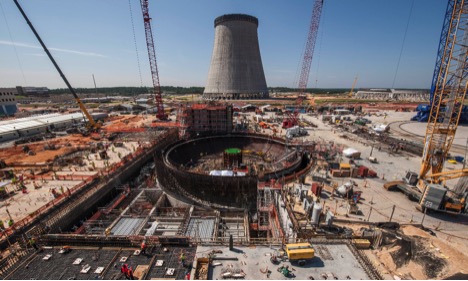 Tennessee Valley Authority’s 1,100-megawatt pressurized water reactor is one of the five reactors under construction and is on schedule to come on line in early 2016.

SCANA in South Carolina and Southern Company in Georgia are constructing two AP1000 designed reactors each. These four will be next part of the fleet of new nuclear plants in almost 20 years—a huge milestone for the industry.

NFWL Board member, Christine Csizmadia is the Nuclear Energy Institute’s Senior Manager for State Outreach has seen firsthand the impact large industrial projects like nuclear construction has to a state, “the region which will reap the plant’s economic, reliability and clean energy benefits for decades to come”.

For questions about nuclear energy in your state, contact NFWL Board member Christine Csizmadia at cmc@nei.org or (202) 739-8033.

It’s no secret that Americans are dissatisfied with Congress. A Harris poll found that 66% of those surveyed thought the country was on the wrong track in August.

With over fifty percent of America’s national lawmakers coming from careers in state legislatures it’s safe to presume that many of them got their start in their home states.

This is why Next Generation, a program of the National Institute for Civil Discourse (NICD), offers a new approach to solving the country’s political dysfunction through state legislators.

Next Generation offers an introductory workshop titled, “Building Trust through Civil Discourse” that teaches legislators skills for working across the aisle and finding common ground.

Next Generation has been in 12 states with over 250 state legislators having participated in at least one workshop. In efforts to unite those legislators in their mission, NICD launched a National Network of State Legislators committed to Civil Governance in August of 2015.

This growing group of passionate state legislators is dedicated to working as a team to bring civil discourse to the entire country by sharing best practices and new ideas.

For more information on Next Generation’s workshops or the National Network please contact Makayla Meachem at 740.262.9689 or makaylam@email.arizona.edu.