Nominate a Woman of Excellence!

It’s that time again! Every year, at our Annual Conference, NFWL recognizes the accomplishments of amazing women with our Elected Women of Excellence Awards! The nomination period for 2016 is officially open.

Who?  All currently elected women are eligible for the award, and anyone can submit a nomination.

When? Nominations are due by September 16th.

Where? Honorees will be presented with the award at a formal ceremony during the 2016 NFWL Annual Conference in Orlando, FL, November 16-20.

The National Foundation for Women Legislators lost a pioneer and leader this week and the world lost an amazing woman.  Robin Read didn’t just lead NFWL, she breathed life into this organization for over 20 years.

Her devotion to NFWL shone like a beacon, and she will be fondly remembered and sorely missed.  Because of her, NFWL enjoyed warm relationships with not only state and local legislatures, but Congress and the White House.  Her groundbreaking actions on behalf of women will benefit many for years to come. She passed away June 2nd after a long and brave fight with a number of health issues.

2016 NFWL Chair DE Representative Helene Keeley said, “We are deeply saddened by the passing of this remarkable woman. Robin Read gave so much of herself, not only to this organization, but to many different programs, and groups that help raise women up. Our thoughts and prayers are with her family while they mourn.”

Thank you, Robin, for your service to NFWL and for breaking barriers for women everywhere. May you truly rest in peace.

To honor and remember Robin’s service to NFWL, we are asking members to send any favorite memories, photos, etc. to Freeholder Serena DiMaso at serenaesq@aol.com to be compiled for her loved ones.

NFWL is proud to announce the application period for the 19th Annual NFWL/NRA Bill of Rights Essay Scholarship Contest is officially open! Every year this NFWL/NRA partnership brings six female high school juniors or seniors to our Annual Conference and awards each with a $3,000 college scholarship.

In addition to writing an essay, applicants must fill out the application form, and obtain two letters of recommendation, one of which must be from an elected woman in their state.

1. Compare the 19th Amendment to another amendment and discuss the importance of each amendment to American democracy.

2. In your opinion, how does the U.S. rank in the world in making women equal?  What more, if anything, should be done? Are there any amendments that you foresee that might be necessary to achieve its goal?

3. The 19th Amendment, guaranteeing women the right to vote in the U.S. was passed shortly after WWI. It was recently decided by the Department of Defense, that women may serve in any frontline combat position if they meet the standards. Write an essay discussing these two events and how they may have shaped women’s role in our military.

4. The 19th Amendment does not mention anything about women of color. How have the rights of women of color been affected by this amendment?

Please help us share this incredible opportunity by downloading and sharing the application packet with local schools, media outlets, and young girls in your area! 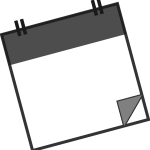 2016 Summit Agenda at a Glance

Inspiring Women’s Luncheon at the RNC and DNC

Click below to RSVP or for any questions regarding the events.

Sharing a Ray of Hope

NFWL is excited to announce former U.S. Congresswoman, and Founder & President of Shared Hope International, Linda Smith as a keynote speaker at our 2016 Human Trafficking Summit June 16-17 in the DC Metro area.

Did you know  that often the victims and survivors of the human trafficking industry can be charged with a crime if forced into prostitution?

We heard all about it in an exclusive pre-summit interview with the former Congresswoman and are spotlighting not only her, but the pressing issue of human trafficking in the states.

“Some of the best, most gutsy moves I’ve seen have been from women leaders; amazing, passionate, going-to-get-it-done leaders who burn the night oil and make it happen,” said Smith.

At this gathering of elected women from across the nation, Smith will discuss the legislative gaps and barriers in current Human Trafficking policies, present what Shared Hope International does to help address the issue, and share how the elected women themselves can help as well.

As an organization dedicated to our members, NFWL highlights our women in each and every newsletter through our new interview series. Contact Meghan at meghan@womenlegislators.org to schedule an interview today

The Most Influential Women in 2016 Election Media

Huffington Post blogger, and former Media Booker, Pablo Manriquez, gave a shout out to women on both sides of aisle who work behind the scenes in the media game with the list of “The Most Influential Women in 2016 Election Media.”

He notes that the women on this list are “key players” we’ve “probably never heard of”, so he gives some recognition to women who have worked hard for it.

Naming 32 women from news hosts, to booking agents, to researchers, Manriquez’s article helps to identify leaders in an industry that used to belong exclusively to men. These trailblazers, on camera and off, have overcome adversity to be in this business. Their presence in the lives of young women helps to create the future women leaders of tomorrow.

Do you know a woman in the media who should be highlighted? Manriquez calls for additions at the end of his “listicle” saying, “Of course, this list is not all-inclusive. Who else should be listed here? Let me know in the blog comments or tweet at @HuffPostWomen.”