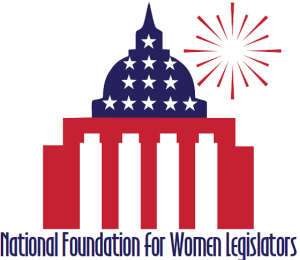 (ALEXANDRIA, VA) – Cindy Storer, the CIA analyst on the team that discovered the terrorist organization Al Qaeda and built the plan to take out Osama Bin Laden, will be a Special Guest Speaker at the National Foundation for Women Legislators’ 2016 Annual Conference in Orlando, Florida, November 16-20.

Ms. Storer dedicated 20 years to the CIA as an analyst, establishing herself as an expert on counter-terrorism and intelligence analysis. Her accomplished career has been the subject of several films, including the HBO documentary Manhunt. Her work was also built into the character portrayal of Maya in the movie Zero Dark Thirty. After leaving the CIA, Ms. Storer began teaching at Johns Hopkins University and consulting at the International Spy Museum in Washington, DC to share her extensive knowledge with a broader audience.

Elected women from across the country will gather in Orlando for NFWL’s Annual Conference to identify effective solutions to some of the nation’s most pressing issues. Providing a non-partisan environment that encourages dialogue and the sharing of information and experiences, women leaders are able to build coalitions, share the concerns of their constituents, and identify out-of-the-box solutions to the pertinent problems facing their communities today.

“I’m excited about the opportunity to talk with so many woman legislators about being a woman in a traditionally male occupation,” Ms. Storer shares, adding that she also looks forward to discussing “the bureaucratic and political processes that help or hinder efforts to assemble and provide well-grounded knowledge about issues of importance in time for leaders to make sound judgments.”

“We are so proud Cindy has accepted our invitation to speak at our annual conference,” stated Delaware Representative Helene Keeley, NFWL’s Chair. “Ms. Storer understands the struggles faced by women in politics and her perspective will surely add priceless value and insight to the annual conference programming. We are thrilled to have her as a speaker.”

About the National Foundation for Women Legislators, Inc. (NFWL) NFWL is a non-partisan 501c3, educational foundation for elected women on the state, county, and municipal levels. We take no ideological positions on public policy issues.  Instead, we serve as a forum for women legislators to be empowered through information, education and experience. Since we do not have dues, the over 5,000 elected women in the US are considered members, receive our communications and are invited to participate in our programs. www.womenlegislators.org 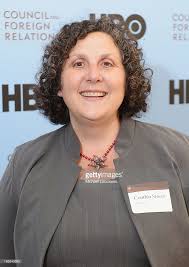