That act granted United States citizenship to any Native American born within the country.

The day’s recognition came via the passage last year of Senate Bill 1235, introduced by Navajo state Sen. Jamescita Peshlakai, D-Window Rock. It was was signed into law last April by Gov. Doug Ducey.

“Today, Arizona recognizes and celebrates the rich contributions and history of the Native American people in our state,” Ducey wrote.

Thank you to AZ 53rd Legislature for this 106 yr recognition . This day n 1924 Indigenous people were granted US citizenship. We won right to vote via legal case in 1948. @Native_NewsNet @IndianCountry @AP @azcentral @navajotimes @TrahantReports @AZDailySun https://twitter.com/AZSenateDems/status/1135024225746423810 …

#AZ’s first Native American Day is tomorrow, Sunday June 2nd. Created by a 2018 law from @jamescita, this day recognizes & celebrates how native peoples of AZ are an integral part of our state’s history, its culture & its future. @navajotimes @IndianCountry @Native_NewsNet 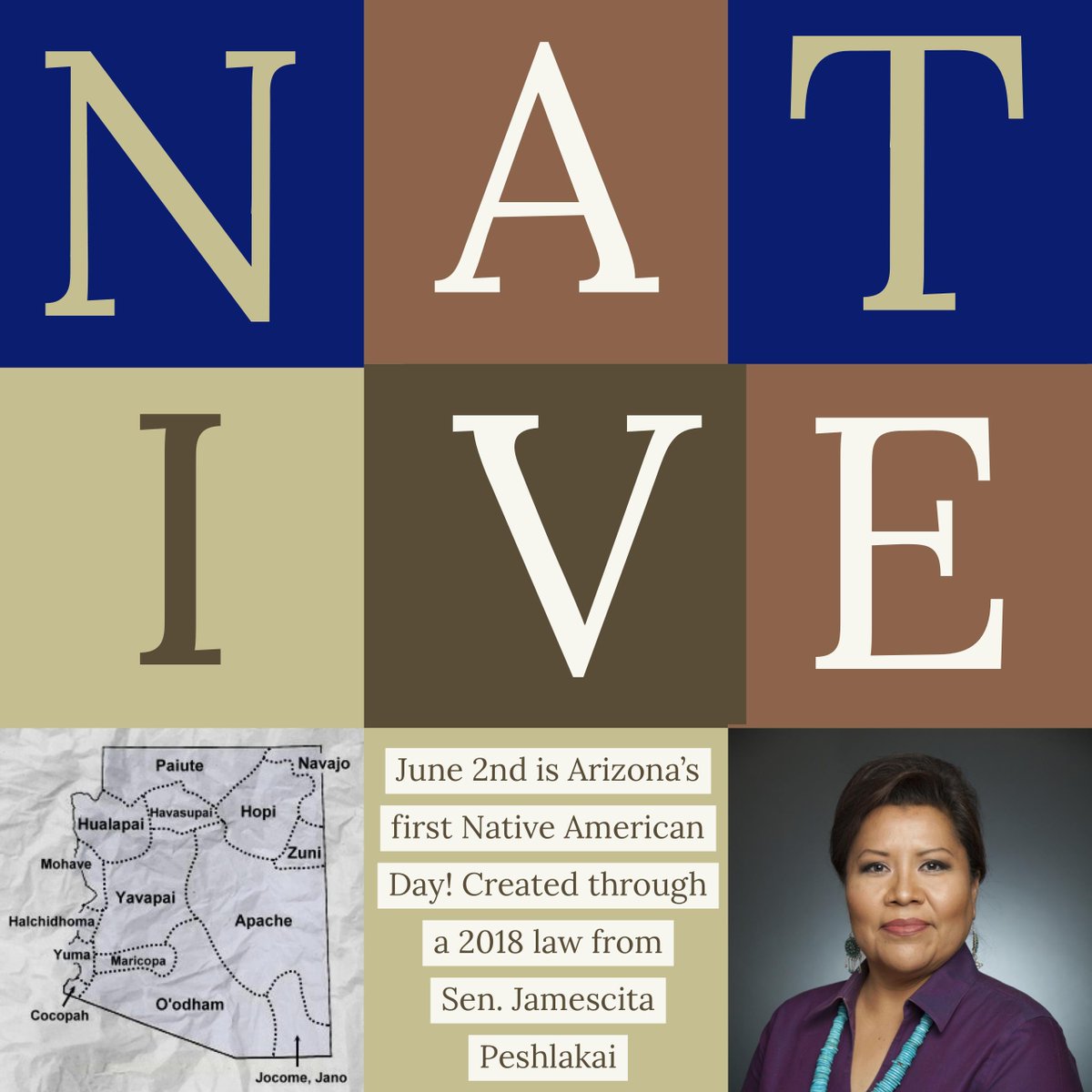 52 people are talking about this

There didn’t appear to be many events celebrating the occasion Sunday, though the Arizona Diamondbacks held a Native American Recognition Day as part of game festivities on Saturday.

“Arizona is a unique state built upon the sacred homelands of our indigenous people,” Peshlakai said. “As a mother, veteran, and leader, I know that we must celebrate our history, our identity and our truth. I thank the 53rd Legislature and governor for signing this legislation in 2018.”

Arizona has a rich Native American history and I am proud to sign @jamescita’s bill recognizing and celebrating Native American Day on June 2. https://twitter.com/9thFloorAZ/status/982048185420939265 …

37 people are talking about this

Native American Day originally was proposed for July 15, the anniversary of a 1948 Arizona court decision that gave Native Americans the right to vote, but the date changed in later drafts of the bill.

It is also celebrated in around 60 cities, including Phoenix and Flagstaff.

Peshlakai said she is going to continue working to replace Columbus Day with Indigenous People’s Day in Arizona.

“That was always my original intent,” Peshlakai said.