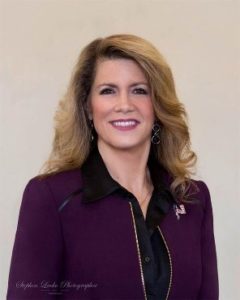 Assemblywoman Serena DiMaso, Esq. was sworn in as an Assemblywoman for New Jersey’s 13th Legislative District on January 9th, 2018. She sits on the Assembly Education Committee, Assembly Law & Public Safety Committee, and the Assembly Human Services Committee. As well as the Martin Luther King, Jr. Commission and the Special Task Force on Volunteer Retention and Recruitment.

Dedicated to bettering Monmouth County, and her community, Assemblywoman DiMaso served three terms on the Monmouth County Board of Chosen Freeholders; acting as Deputy Director in 2016, 2015, and 2013. Prior to becoming a Freeholder, Serena DiMaso served on the Holmdel Township committee for ten years.  She served as mayor from 2006 to 2010 and deputy mayor in 2011.

She currently serves as Chairwoman of the Bayshore Hospital Foundation and as an active member of the Holmdel First Aid Squad. Some of her other community involvement activities have included President of Village School Parent School Association and the William R. Satz School Parent Support Group, league president of the Holmdel Youth Athletic Association and teaching C. C. D. at St. Catharine’s Roman Catholic Church.

Assemblywoman DiMaso is an active Board member of the National Foundation for Women Legislators where she serves as Immediate Past Chair.

Assemblywoman DiMaso has received recognition for her efforts as a county freeholder, including being honored with a 2015 Girl Scouts of the Jersey Shore Women of Distinction Award and nominated for the 2016 Athena Award.  In 2015, Freeholder DiMaso was named Woman of the Year by the New Jersey Federation of Republican Woman.

Serena DiMaso holds a Juris Doctorate degree from St. John’s University School of Law and is a member of the New York State Bar. She is also a graduate of St. John’s University, College of Business Administration with a B.S. in management with minor concentrations in economics and marketing. She is also a 2004 graduate of the Christine Todd Whitman Excellence in Public Service Series.

Assemblywoman DiMaso lives in Holmdel with her husband, Dr. Gerald DiMaso; they have four children.