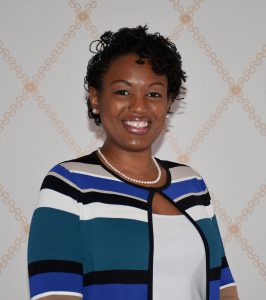 As Senior Manager of Government Affairs, Deriece K. Harrington covers state and local government and community affairs for the District of Columbia, Delaware and Maryland on behalf of PepsiCo. Most recently, she served as the Deputy Executive Director of the National Black Caucus of State Legislators. Where she managed the day to day operations of the Caucus as well as helped to develop and maintain key relationships with corporate, nonprofits, and legislative members from around the country.

Deriece started her career as the Executive Director for the Legislative Black Caucus of Maryland, Inc. (LBCM). She was instrumental in implementing the Caucus’ agenda while operating as an intermediary between the Caucus, its constituents and community partners. Her tenure at the LBCM led her to her role as the Vice President of Government Affairs for the Maryland Chamber of Commerce where she advocated on behalf of businesses on issues pertaining to employment law, energy, environment, transportation and tax.

Deriece matriculated from Morgan State University with a Bachelors of Arts degree in Political Science and Bowie State University with a Master of Public Administration degree with a concentration in Public Policy and Management. Deriece was a fellow for the National Organization of Black Elected Legislative Women (NOBEL), class of 2009; a Board Pipeline Professional of Associated Black Charities, Class of 2011; and a Fellow of the Council of State Governments Robert J. Thompson Eastern Leadership Academy, class of 2012. In 2011, Deriece was named one of the Daily Record’s Leading Women in Maryland.

She currently serves on several community boards and committees, including Living Classrooms-National Capital Region Board and the Psi Epsilon Omega Chapter of Alpha Kappa Alpha Sorority, Inc. Deriece is a native of Jamaica, New York and currently, resides in Hyattsville, Maryland.