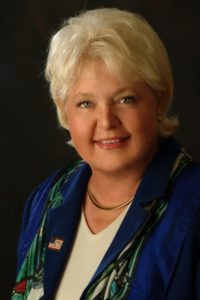 Born in New Jersey, she has lived in Burlington County for close to 50 years. Diane graduated from Moorestown High School as valedictorian. She then received a Bachelor’s Degree in Philosophy from Bucknell University. While there, she founded a swimming team, which she then led to the AAU Nationals. She also competed on the college rifle team. Following graduation in 1970, she began her broadcasting career doing public service programming on WJJZ Radio in Mount Holly, NJ, soon becoming a reporter and then news director.

Next, Diane joined New Jersey Network as a reporter, where her ‘beat’ was the State House. She eventually became the station’s news anchor. During this time, she and her husband competed internationally on kites (hang-gliders), with Diane winning dozens of trophies and titles, including 1973 National Champion.

In 1976, she joined KYW-TV, in Philadelphia, to host a weekly women’s program. Soon she was promoted to noon anchor and later given her own daily talk show. Following a three year stint working for ABC in Chicago, she returned to KYW in 1982. After seven years serving the station as primary anchor, producer and reporter of major stories and documentaries, she moved across town to the CBS-owned station, WCAU-TV, where she was executive producer, evening anchor and education reporter.

In 1994, after standing up to CBS for discriminatory practices, and having the government find in her favor, Diane left the station to work full time in her own media production company.

She is the former President of VidComm, Inc., where she and her staff produced broadcast documentaries as well as DVDs, CDs and digital videos for a variety of clients, including fundraising videos for not-for-profit groups. She also provided media training and produced live events for many clients. During her 30+ years in the media, Diane has won eight Emmy Awards, a Peabody Award and dozens of other national and international awards.

In November of 1995, Diane was elected to represent the 7th Legislative District in the New Jersey General Assembly. She took office in January of 1996, and in June of that year, Diane was appointed chairperson of the Assembly Advisory Council on Women.

Diane was elected to the New Jersey State Senate in November of 1997.  During her first term, she had more bills signed into law than any other legislator. In 2003 Diane served in the Senate leadership as Republican Conference Leader. She is currently Deputy Minority Leader, and serves as a member of the Senate Health, Human Services & Senior Citizens and the Senate Education committees. In 2008, Diane was appointed to the Joint Committee on the Public Schools. She served on New Jersey’s Martin Luther King, Jr. Commission beginning in 1998, was appointed to the New Jersey Council of Armed Forces and Veterans Affairs in 2004 and was appointed as one of two state representatives on the National Trust for Historic Preservation in 2006.

After retiring from the New Jersey State Senate, Diane founded runWOMENserve, which is the organization she now represents on the National Foundation for Women Legislators’ Board of Directors.

Diane lives with her husband Sam in Edgewater Park. Their daughter, Sara, has followed in her mother’s footsteps as a broadcast journalist in addition to giving her four grandsons; their son, Leeds, is an electrical engineer.