To celebrate Mother’s Day 2017, NFWL asked members to share their stories of their mothers and motherhood. Here is Oklahoma Governor Mary Fallin’s story: 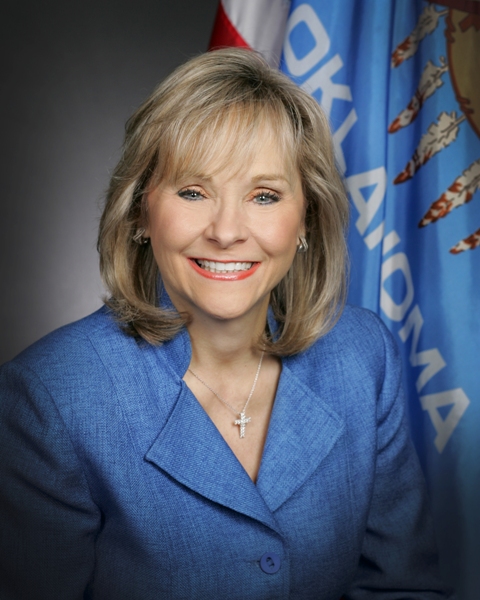 Mother’s Day is a very special time for me, as my mother was one of the most wonderful influences on my life. She taught me to always work hard, to do my best, to dream big, and not to let others tell you that you can’t do something just because of your gender.  Without her love, encouragement and prayers, I wouldn’t be where I am today.

It took a lot of hard work, perseverance and courage to become  the first female lieutenant governor in Oklahoma along with the first female governor. I credit my mother for giving me that belief and fortitude to do so. It has been a long and oftentimes tough road.

Although both of my parents were public servants and both served as mayor of Tecumseh, my hometown, it never crossed my mind to go into politics until I became a mother.

As a young mother, I started paying attention to the quality of our education system and public safety. As a businesswoman, business-friendly policies became important to me. So I decided to run for office.

My first race for office was in the 1990 elections when I decided to run for a seat in the Oklahoma House of Representatives. Early in my campaign though, I got sick – only to discover my husband and I were expecting our second child.

I had a difficult decision to make to stay in the campaign or not. I chose to stay in and finish the race – and delivered my son between the primary and general election!

It was tough, as I already had a three-year-old daughter. It was rewarding though – I was running to make Oklahoma a better place and being a mother just emphasized why I wanted to make a difference.

Though I can tell you, being pregnant and managing a toddler while on the campaign trail is no easy task! It took a lot of time, patience, multi-tasking, and commitment.

I was eight months pregnant – and 40 pounds heavier! – when I won the primary. I gave birth to my beautiful son, Price, at the end of September, and five weeks later, I won my first election.

I’ve now been in politics for 26.5 years, and know that being a mother has made me a better politician and a better leader. Every moment I spend with my children (my husband, Wade, and I have six adult children between us), I am reminded of exactly why I got into politics in the first place: to make a difference and make the future better.