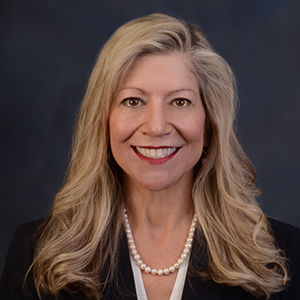 Lisa learned her work ethic from her father who immigrated to the United States, the legal way. He stood in line, filled out the forms, and taught himself how to read, write and speak English, and he worked hard to provide for his family. From her father Lisa learned that she could accomplish anything if she worked hard enough.

Lisa believes in creating strong communities. Lisa served as a Commissioner on the State of Nevada Commission On Aging and Disability for three years. She looks forward to working on legislation that will help our community’s senior citizens with the issues that are important to them. She is also a former member of the Nevada Commission on Aging  Subcommittee Concerning Legislative Issues.

Lisa was first elected to the Nevada Legislature in November 2016.

During the 2018 Interim Session, Lisa served on the Advisory Commission on the Administration of Justice, and the Legislative Commission on Veterans, Senior citizens, and persons with disabilities.

During the 2019 Nevada Legislative Session, Lisa served on the Health and Human Services Committee, Education Committee, and on the Judiciary Committee (as Minority Chair). Lisa served in Leadership as the Assembly Republican Whip.

During the 2020 Interim, Lisa served on The Legislative Commission and the Advisory Commission on the Administration of Justice Committees.

Lisa also served in the 31st and 32nd Nevada Legislature Special Sessions in 2020. In both of these sessions, she served as the Assembly Republican Whip.

In November 2020, Lisa was re-elected by the people to serve her third regular term as Nevada State Assemblywoman.

During the 2021 Nevada Legislative Session Lisa worked hard for the people of Nevada. She served in leadership as the Republican Assistant Whip, on the Judiciary Committee as the Assembly Republican Chair, on the Health & Human Services Committee, and on the Education Committee. Lisa passed six Bills into law to improve the lives of Nevadan’s, help Disabled Veteran’s, Victims of Human Trafficking, Children, person’s working in the construction industry and Affordable housing, Job creation, Holocaust & other Genocide studies, Senior Citizens & Disabled persons.  Lisa voted NO on the big Mining Tax, a tax directed at a single industry.

Lisa is married to Charles Krasner, M.D. and they have two adult children.